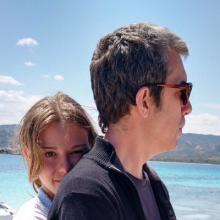 We offer a free 3 month trial of LocalGov Drupal for content designers and editors. But what if you’re a developer and you want to dig deeper? Maybe some design tweaks or adding some extra modules?

The good news is our free trial is based upon technology we’ve openly published on GitHub - see our AWS Lightsail Launcher project - see our instructions to quickly spin up LocalGov Drupal on your own AWS server for free. However, in order to be useful with LocalGov Drupal from a developer perspective there are some things you should read up on before you get started.

Drupal can run on Windows, but mostly doesn’t. You’ll usually find it hosted in its native Linux environment, so if you want to get properly into Drupal then understanding Linux terminal a little better is important. Certainly if you want to use our launcher scripts, because they execute against Debian Linux using ‘bash’ to script the set-up.

To get on to the server you’ll need to know about SSH key pairs and how to use them. Here are some useful links to get you started:

After that, some knowledge of ‘bash’ and ‘drush’ (Drupal’s command line tool) would be useful - again, here are some links:

Drupal is written in a programming language called PHP. While you don’t need to know PHP to use Drupal, as a developer you’re going to want to know the basics to be dangerous. You’ll also need to understand some of the tools of the PHP ecosystem that Drupal leverages to build and deploy its code.

For example, Drupal makes extensive use of ‘composer’, a tool for managing PHP packages to build complex applications. Our Lightsail script uses ‘composer’ to install LocalGov Drupal and future changes to it, such as adding modules and themes or upgrading, should be done using the ‘composer’ tool as well.

Here is some information about ‘composer’ and specifically using it to deploy Drupal websites:

You’ll want to know more about Drupal itself, the base content management system underpinning the local government ‘flavour’ (or distribution) of Drupal. There’s a basic introduction to Drupal on the website which is full of other useful resources too. The Drupal User Guide is a really useful starting point on the concepts of Drupal and how to plan and execute a Drupal website project. We’d strongly recommend at least reading up on the building blocks of Drupal, Chapter 1.

You could also join Drupal’s Slack channel for further support at drupal.slack.com.

Although all of the above is true of trying out any Drupal distribution, LocalGov Drupal itself has a set of tools and documentation you should familiarise yourself with. Firstly, their website contains some general information about the LocalGov Drupal project and why you should use it.

But there are also useful technical links:

As is the case for the main Drupal project, LocalGov Drupal also has a Slack channel. It is invitation-only, but if you are a developer working for a government institution then you can contact LocalGov Drupal to get yourself added.
The quickest way to get started with LocalGov Drupal on a free Linux server remains to use our Lightsail Launcher project on GitHub.

If you’ve gotten yourself up to speed with the above, you should be able to launch a website and start developing right away using that tool.

If you need any support, don’t hesitate to contact us. We can provide ad-hoc support or a monthly contract, depending on your needs and budget.