What is Backdrop CMS?

Backdrop is a free and open-source content management system (CMS) that can be used for designing a range of websites from a one-person business or blog to a multi-level eCommerce site.

Backdrop CMS aims to offer useful features, but only those that are totally necessary for most websites. You can add themes, layouts and modules to the site.

It’s essentially Drupal 7 under the hood, but with some extra features that aren't in Drupal core. Backdrop has Views, WYSIWYG and a configuration management system in core.

Backdrop is an offshoot or fork of Drupal 7 with additional work done on top. It was forked from the Drupal project just before the inclusion of Symfony into the Drupal. It, therefore, contains very little in the way of object-oriented code and doesn't support composer.

Why was Drupal forked?

The four main reasons were this:

When large, system-wide, changes were being proposed for Drupal 8 there was a minority of users who weren't keen on the changes. They said they liked the proven success of the architecture of Drupal 7 and saw no need to change.

There was also the inclusion of the composer dependency manager. The inclusion of composer was essential for keeping track of the different third party packages in Drupal, as well as integrating new modules and themes into the system. Composer can be challenging to use. Improper use can create problems with circular dependencies.

The fork of Backdrop happened just before the inclusion of composer. At the time, composer was being introduced to add the HTTP client Symfony component.

The Backdrop community has different issues and priorities to the Drupal community. When the communities priorities change, the code has to follow.

For example, you probably won't see any new core modules being introduced to Drupal 7. At least, not at this point in its lifespan with support officially dropping for Drupal 7 in 2022. This is different to Backdrop, which has introduced the modules like Views and Redirect into the core system. Reason being, everyone is using them, so why not make them a core part of the system?

Drupal and Backdrop have configuration management as a feature. However, they’re implemented differently. Backdrop stores the configuration in JSON files without a required database cache. This is because it suits the principles of speed, performance and simplicity.

Backdrop is intended by non-profits, SMEs and educational institutions. It’s for those who want the functionality of Drupal 7 and who don't want to upgrade to Drupal 8.

At the time of the developing Drupal 8 there was momentum towards supporting high-end, enterprise-level organisations with vast and complex requirements. Backdrop was created to give a voice to the smaller organisations that needed a decent website.

Why is Drupal 7 so different from Drupal 8? It’s probably because of how decisions were made about the project. Many Drupal developers were getting frustrated that Drupal was being left behind in the PHP world and so opted to start introducing Symfony components to start leveraging component based architecture.

The developers who were quite happy with how Drupal worked and didn't want this change were ignored. Backdrop CMS has it’s own principles and ways of managing conflict.

Should you go with Drupal or Backdrop CMS?

On one hand, Backdrop is simple to maintain and has a low footprint. On the other, it is considered by some to be a weaker methodology and containing outdated technology.

It has lead to confusion for users and developers and there are some compatibility issues. Drupal 8 offers some migration modules which were made for Drupal 7 sites. There are also ways to update Drupal core, too.

Picking Backdrop is a simple solution for those who don’t wish to work on their coding skills. Forking Drupal to create your own version is often a result of considerations based on financial limitations and the skills of the development team. The general rule of "don't hack core" doesn't always apply if you don't have the skills to implement the needed hooks.

If you are a Drupal 7 expert, there's a good chance you'll feel at home in Backdrop.

Some might opt for Backdrop as an easier route, rather than keeping up with Drupal (which is constantly changing, updating and improving). Drupal 9 is here and has backward capability within Drupal 8. There are richer features en route to Drupal 10, too.

More and more organisations are moving to Drupal from their current system because they know it can manage their accelerated growth. Also, it too doesn’t need a host of developers for successful migration!

Ultimately, the choice is yours. It depends on your organisation, project needs, internal expertise, time, resource, budget and even company values.

If you need some Drupal help, we’re here. 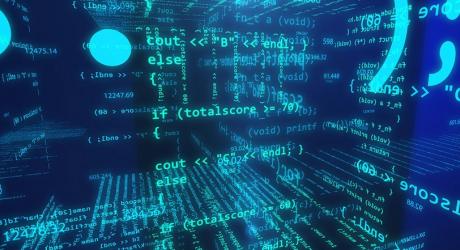